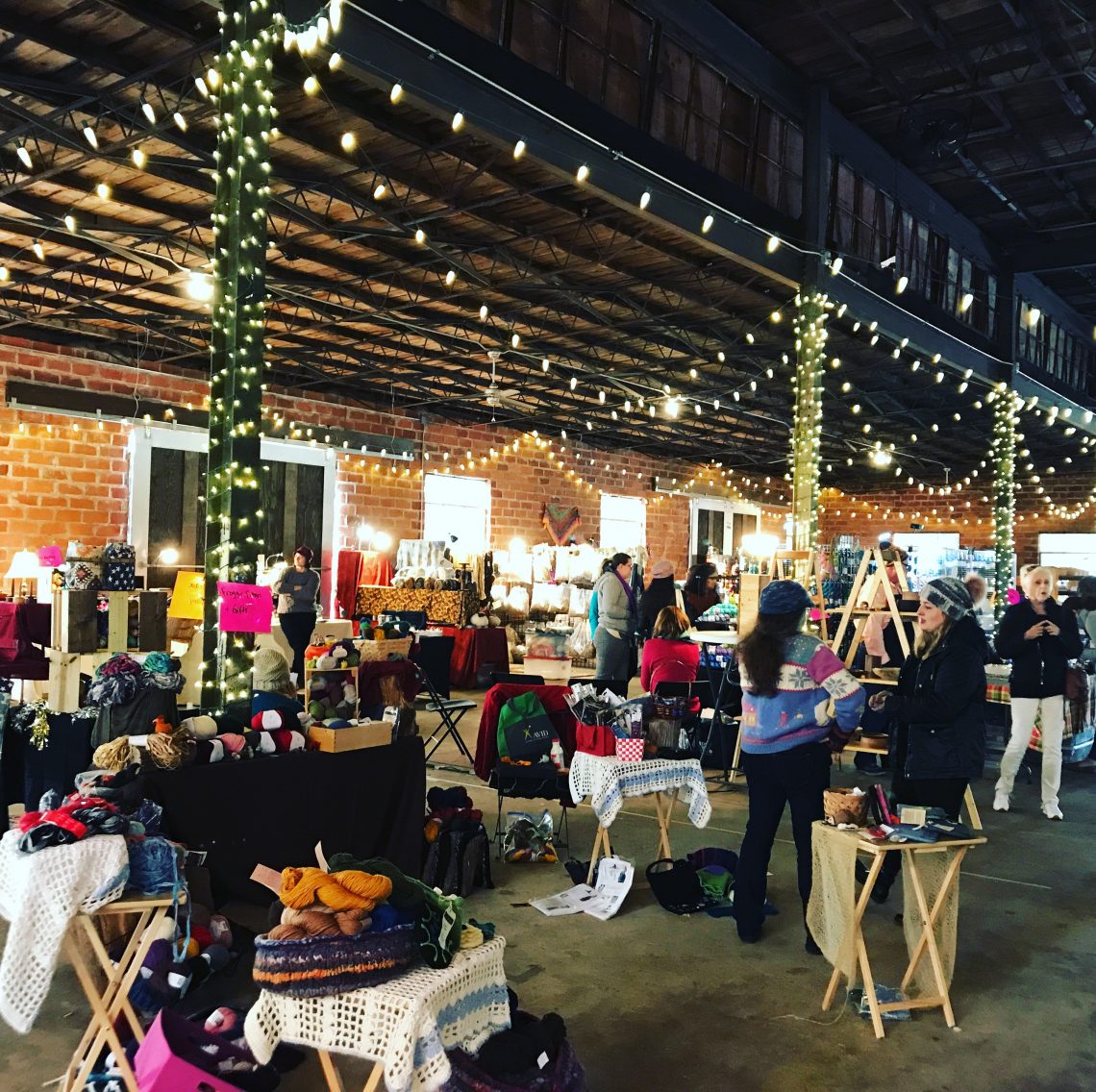 After attending the DFW Fiber Fest for years, I decided to branch out….to my childhood home neck-of-the-woods, otherwise known as East Texas.  I didn’t know the East Texas Fiber Fest existed until 2017 so I was super excited to get to go the following year.

I went with my good friend, a wonderful knitter, and we attended only the vendor hall.  We wanted yarn – lots of pretty yarn – and this fiber festival did not disappoint. It was held in Lindale, Texas and my only complaint about it was the facility: there was no overhead lightning and no climate control.  It might as well have been outside. It was a pretty, sunny day – but it was chilly. On the plus side, all the vendors were showing off their favorite handknits in order to stay warm.

My friend and I got the lay of the land and then started walking down the aisles.  As our eyes adjusted, it was nice to see that many vendors had light boxes set up to let potential buyers see the yarn colors more accurately.  That was a nice touch – though I wish it had been unnecessary.

As we walked around, we realized something.  Everyone was insanely nice! And chatty. And friendly.  I was blown away by how many conversations were got involved in with dyers and other customers.  And we’re not generally very chatty people (ahem – introverts!). It made me proud to be from East Texas, where people are known for being friendly.

But the dyers were not all from Texas.  Some came from pretty far. Here were some of of our favorites: Chicken Coop Dyeworks, Paisley Ducky, Potion Yarns, DyeLab Yarns, Savvy Skeins, Brazen Stitchery, Yarn Carnival, Kimarie’s Knit Knacks, Moon Tower Dye Works, and Round Table Yarns.

In 2019, the fiber fest will move to Canton, which means an easier drive for.  So I plan on being there!