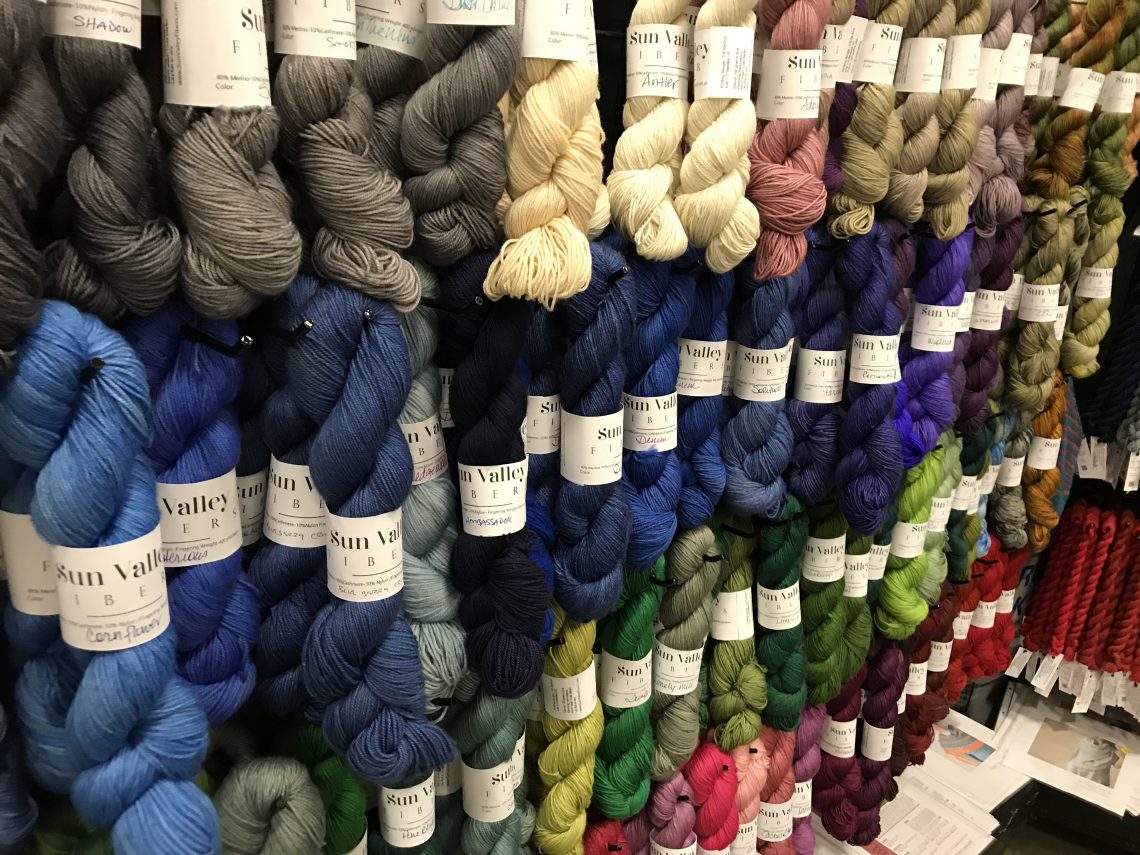 There was something about DFW Fiber Fest this year….  I don’t know if it was due to more social media interest and traffic or different vendors…..or the excitement of having The Grocery Girls in attendance.

Whatever the reason, there was a lot of excitement for this event in the weeks leading up to it.  And I must say that it did not disappoint!

There were so many new vendors this year – and a lot of the great ones we love to see every year. 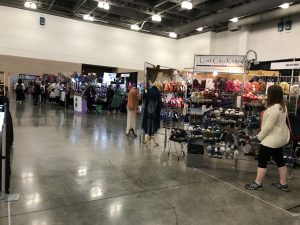 Miss Babs was back after an absence that spanned a few years.  TeenyButton Studio made the trek from New Orleans. Brooklyn Tweed had a huge booth, brimming with all kinds of yummy products.  The Fiber Seed came from Ohio with lots of soft, squishy yarn. Moon Tower Dyeworks and Paisley Ducky – both of whom I met at last year’s East Texas Fiber Festival – were in attendance for the first time.

Some vendors, who I look forward to seeing every year, did not fail me this year.  October House Yarns had a wonderful booth. I finally got the nerve to ask for a picture with the Suburban Stitcher – and buy the colorways I’ve been drooling over for months.  I bought my first La Bien Aimee skien from Hill Country Weavers. Texas dyers were well represented by Yarn Carnival, Brazen Stitchery, Must Stash, Savvy Skeins, Round Table Yarns, Lazy Cat Yarn, Chicken Coop Dyeworks, and Amanda Hope Yarn – to name a few. 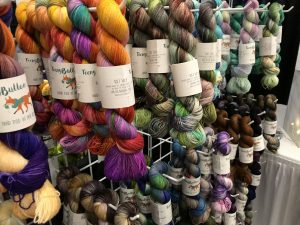 Honestly, there were so many vendors that it was overwhelming – or perhaps it was all the people that overwhelmed my senses!

Unlike some years past, people seemed more friendly this year.  I was there on Saturday and it was packed. Our timing coincided with a meet and greet with The Grocery Girls, which may have added to the mayhem.  I was tempted to try to get a picture with them, but the line never seemed to shrink! 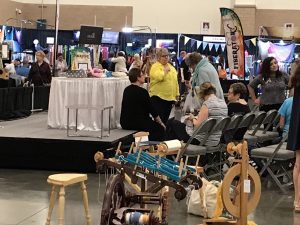 All in all, it was a great year and the fiber festival represented Texas and DFW well.  Next year I’m almost tempted to break it up into two separate shopping sessions, as there was just too much to see this year.  We were exhausted – in a good way – by the time we left.

The Irving Convention Center has proved to be a very good home for the DFW Fiber Fest.  The location is great because you don’t have to go into Dallas proper to get to it – and there’s free parking.  Multiple highways will get you to the Convention Center and it’s not far from the airport.

I sincerely hope the location doesn’t change – now that I know how to get there!