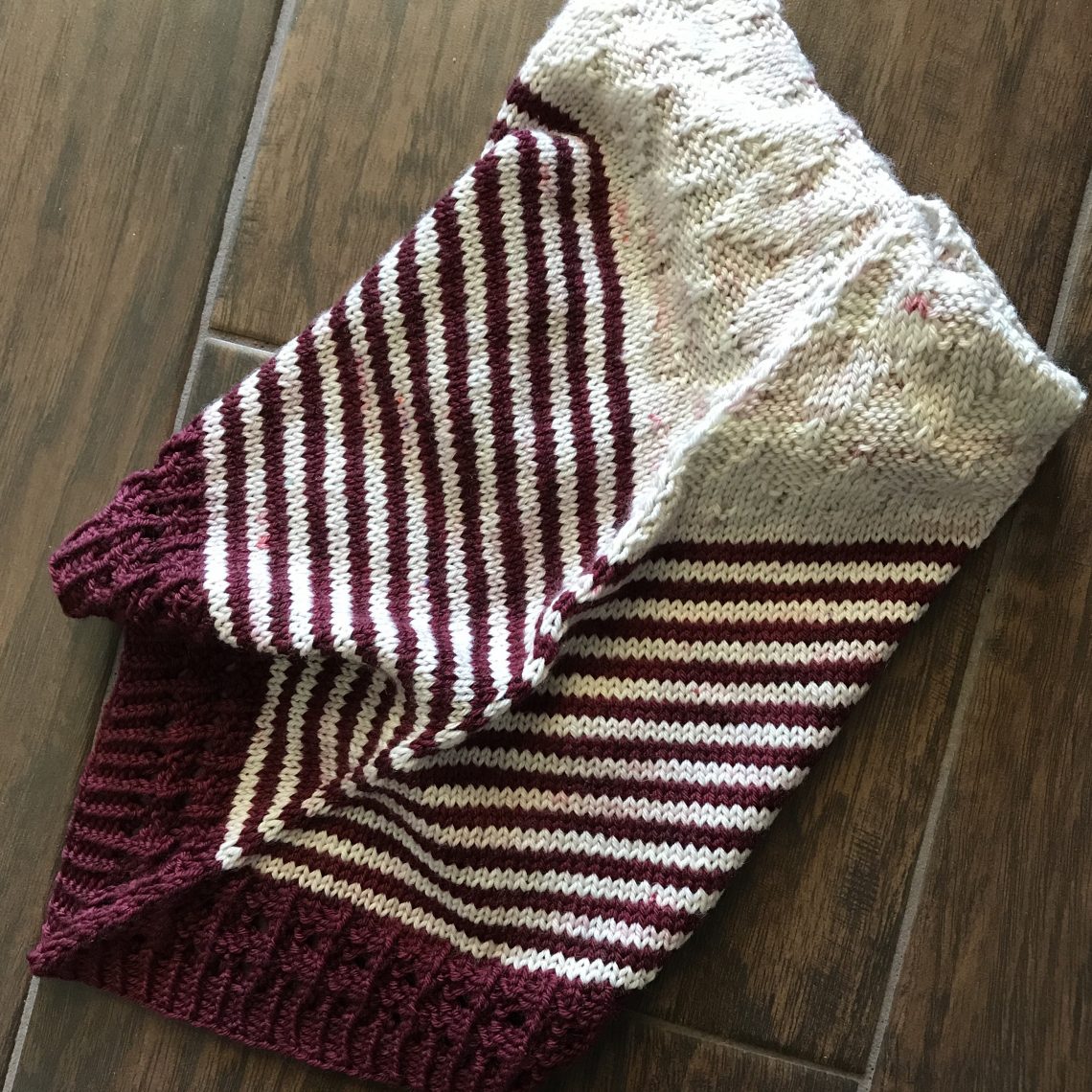 When Interpretations Volume 7 was released, I fell instantly in love with a pattern from Joji Locatelli, the Blurry Cowl.  It’s rare that I fall so hard and fast for a pattern that I go out and buy tons of yarn, committing to knitting multiple variations of the pattern for gifts….  But for this pattern, I did just that.  This Blurry Cowl is just so beautiful!

It had been a while since I knit with Miss Babs yarn.  The last time I made something out of their yarn was 2016.  And it was lovely!

When looking for yarn, though, I had to find the perfect maroon for my niece and sister’s cowls.  Yes, my sister will get a Blurry Cowl as well!   I chose the Catherine color for both cowls but a different contrast color for each of my girls.  My niece gets the contrast of the dainty, light Blusher.  Perfect! 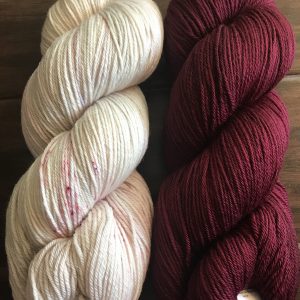 Joji’s pattern is very well written.  I must admit that I didn’t really notice a chevron pattern near the top when I decided to knit this.  Soon enough, I was knitting and purling….and only then did I realize the pattern contained a chevron motif.  I really must learn to read through the entire pattern before casting on.

Made for: my niece 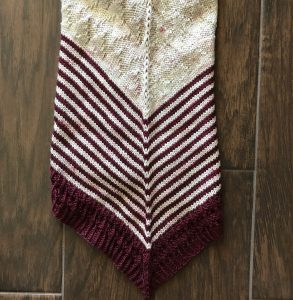 This cowl was a breeze to knit.  And so much fun!  I didn’t really enjoy the chevron pattern all that much but the stripes took my breath away!  I love knitting stripes and don’t do it nearly enough.  And these two colorways worked so well together!

You never know about yarn purchased online, unless you’ve used it before.   But this Yowza DK base is gloriously soft to knit with – and to feel!  I could not be happier with my choice!

I’ve already finished a second Blurry Cowl, this one for my sister, so watch for that FO post soon!