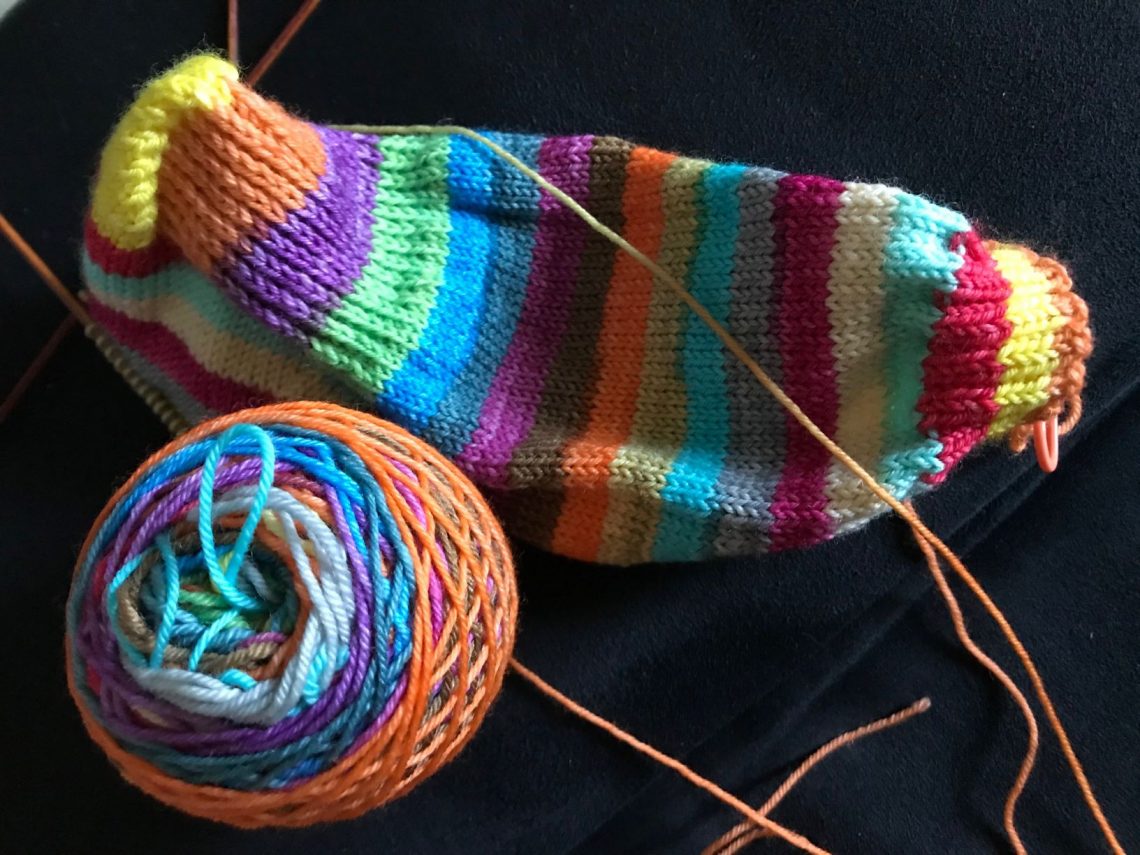 You’ve probably noticed by now that I’m addicted to knitting socks.  It’s not something that came naturally to me and I did not like it initially.  But now I love it. There are so many ways to knit socks but I have my own crazy way of sock knitting.  My friends laugh at me and I don’t care! It works for me!

When I took a class a long time ago  on sock knitting, I was taught to knit them on double pointed needles.  This is one of two ways to knit a tube. And I like it because visually, you can see a tube.

Circular needles are two needles that are joined by a plastic wire.  By then joining your work in the round, you knit a tube. However, when you knit socks on circulars, you knit on one side of the sock, and then the other.  Basically, you knit them flat.

I have watched many tutorials on this method but have never tried it.  And to make it even more complicated, you can knit two socks at a time this way.  And that blows my very fragile mind.

To make it even more complicated, you can knit socks from top down or the bottom up.  I’ve never tried bottom up but some people swear by this method. And it has its merits – you’re less likely to run out of yarn.

I also knit two socks at a time…using two sets of double pointed needles.  It’s super easy! I just pull the yarn from the middle and from along the outside and cast on two pair!  I do this because the thought of having one sock done and a whole other sock to knit sounds very daunting to me.  My fear of failure means that I’m very afraid that I would never finish the second sock.

By doing two at a time, I can also make sure the socks are the same length and that I follow any weird pattern changes exactly on each sock.  This greatly appeals to my OCD personality!

So, yes, my friends laugh at me when I bring out two unfinished socks to knit on.  But when it comes to knitting – and other crafts – you have to do what works for you.   Otherwise, you’ll never do it!

What works for you?