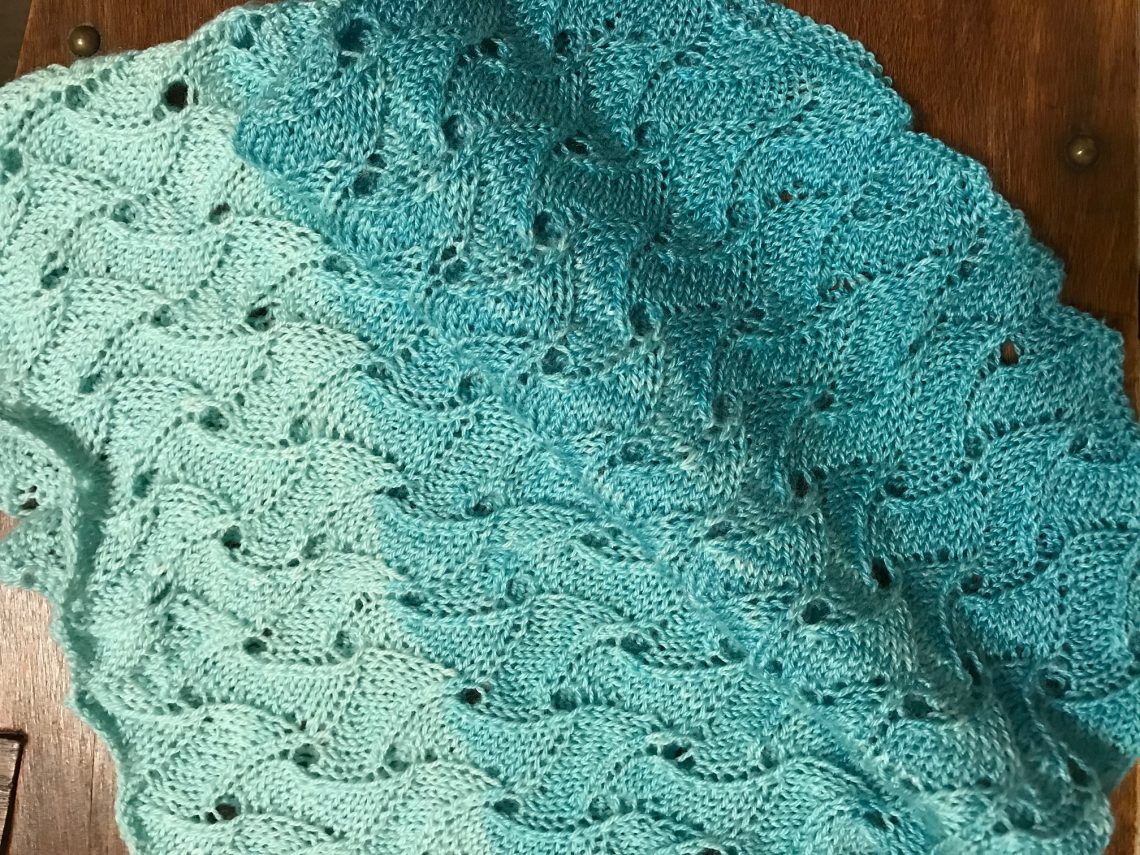 I love yarn.  Hence, the point of this blog.  And I love finding a yarn that is so delectable that I just have to buy it.  I have no idea what I’ll use it for but I have to own it. I must knit with it.  So it was with a small bundle of gradient mini skeins from Island Yarn.

Teals and turquoises aren’t even my thing but this gradient set was  too delectable to pass up.

Fast forward three years to when I finally decided it was time to knit with said delectable Island Yarn.  I went searching for a pattern and knew almost immediately that I wanted to make a cowl. The yarn is just so heavenly soft, it’s perfect next to the  sensitive neck.

When I happened upon the Crooked Ewe pattern, I was 99% positive I’d found the right thing.  My knitting bestie, who had also bought the delectable mini set, wanted to do a KAL (knit-a-long) so I sent her the pattern and she approved.  So we were off!

Working with this yarn did not disappoint.  It was just as delectable while knitting as it was to look at.  And the subtle gradient was captivating to watch. The pattern was easy to follow and required  just enough attention as to not be boring. Perfect! 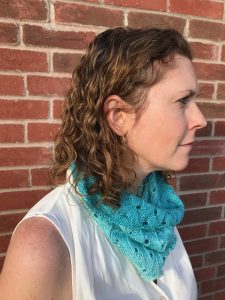 Made for: my bestie

When I started this cowl, I thought I knew who I wanted to give it to but I wasn’t 100% certain.  It was delectable; I wasn’t sure I’d be able to part with it. But by the time I was done, I knew it was meant for someone else: my college bestie.  I gave it to her at Christmas and I think she liked it.

And I had no problem giving this away.  I’ll always have the memory of the delectable yarn.  Always.