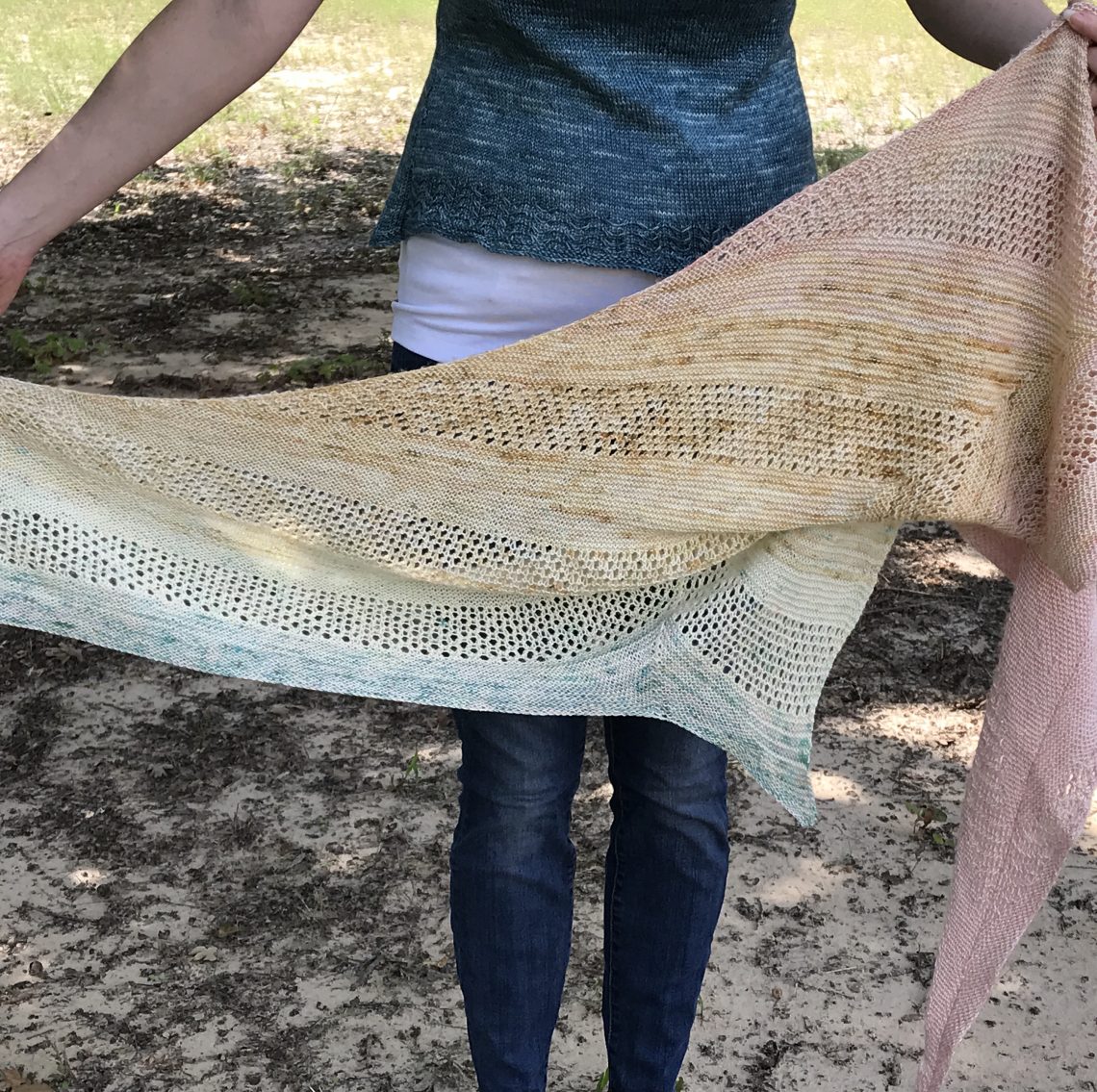 I talked a lot about my Find Your Fade shawl by Andrea Mowry.  But I forgot to actually show you the finished shawl!!  So today I’m going to fill you in on this project, that consumed so much of my lunchtime knitting for so long!!

Though I’d seen this pattern for a long time – it was very popular, as you know – I didn’t jump on board until I saw the Suburban Stitcher talk about a fade she’d put together using October House yarns.  I fell in love with that fade and emailed Robin, of October House, to see if I could get it.  She was super sweet and put it together for me. 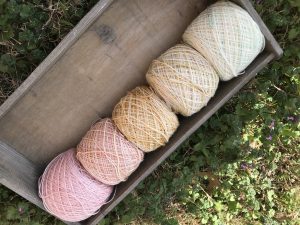 About halfway through the pattern, I decided I wanted another color to go along with the five I’d originally purchased.  I emailed Robin and we discussed options she thought would look best.  We settled on a slightly lighter than usual version of Tropic.  And I love it!!

This pattern is very straight forward. But leave it to me to get the stitch counts wrong, which I did about halfway through and never bothered to fix this problem.  As a result, the shape of my shawl is a bit different and I don’t care in the least. This was supposed to be a stress-free project and it was! 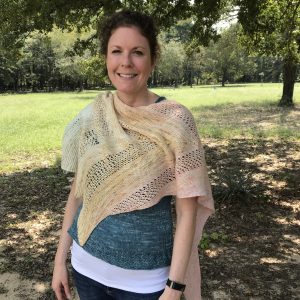 I love this yarn and the fade!  Mowry – along with Stephen West, now – has given me so much courage and inspiration to put together fades and sets of skeins from my own stash.  It’s so much fun and liberating.

That being said, I don’t know how many fades I’ll want to do in the future.  I guess if I do any more, I’d want them to be a bit less strict than this one was.  Don’t get me wrong, I love this yarn and the fade.  But I don’t want every project to be as subdued as this fade is.  Sometimes I want bold!  (Though not very often.)

If you’re wanting to try one of Mowry’s patterns, this is a great place to start, especially if you love shawls.