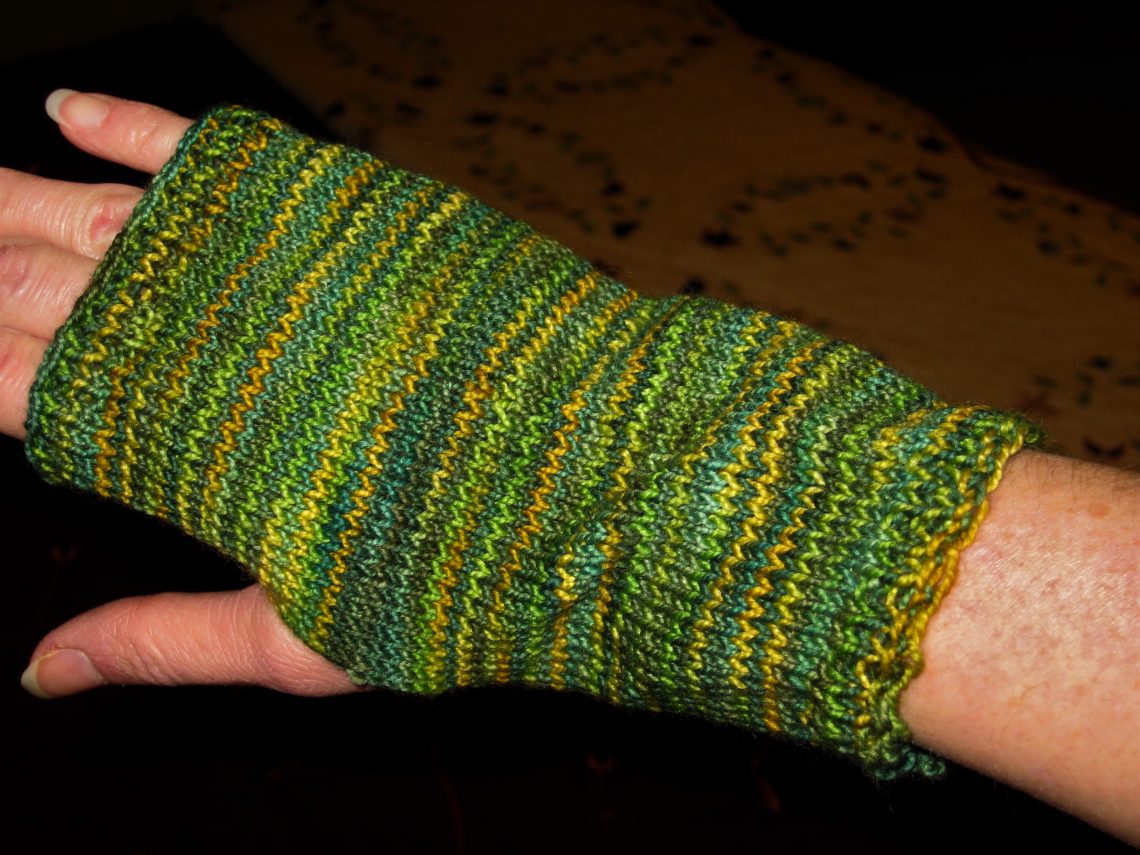 I really shouldn’t promise to knit anyone anything.  My track record, until the last two years, was very poor.  And by “poor,” I mean that it took me years to make the requested item.  Today’s FO is no exception. These were requested, probably, in 2006 or 2007.  I made them in 2018. This was my second pair of Happily Ever After Mitts, a pattern that I have now knit up three times!  And today I’m telling you about how lovely this pattern is when knit with Koigu yarn!

When I first agreed to make fingerless gloves for my best friend, I had her pick out some yarn. I settled on Koigu because I had been eyeing the yarn for so long that I wanted to finally be able to knit with it!

Of all the amazing Koigu colors, she chose this lovely green.  And I loved how all the shades of green – and just a touch of yellow – knit up!

Pattern: Happily Ever After Mitts by Susan B. Anthony

Made for: my BFF

This pattern is such a fun, quick knit.  If I can knit anything quickly, you can!  And it’s the perfect gift knitting project when you’re strapped for time!

Now that I’ve knit three fingerless gloves, I want to try a pattern with a thumb.  Another thing I’ve always feared as a knitter – knitting finger holes! Maybe this is the year I will conquer that fear!