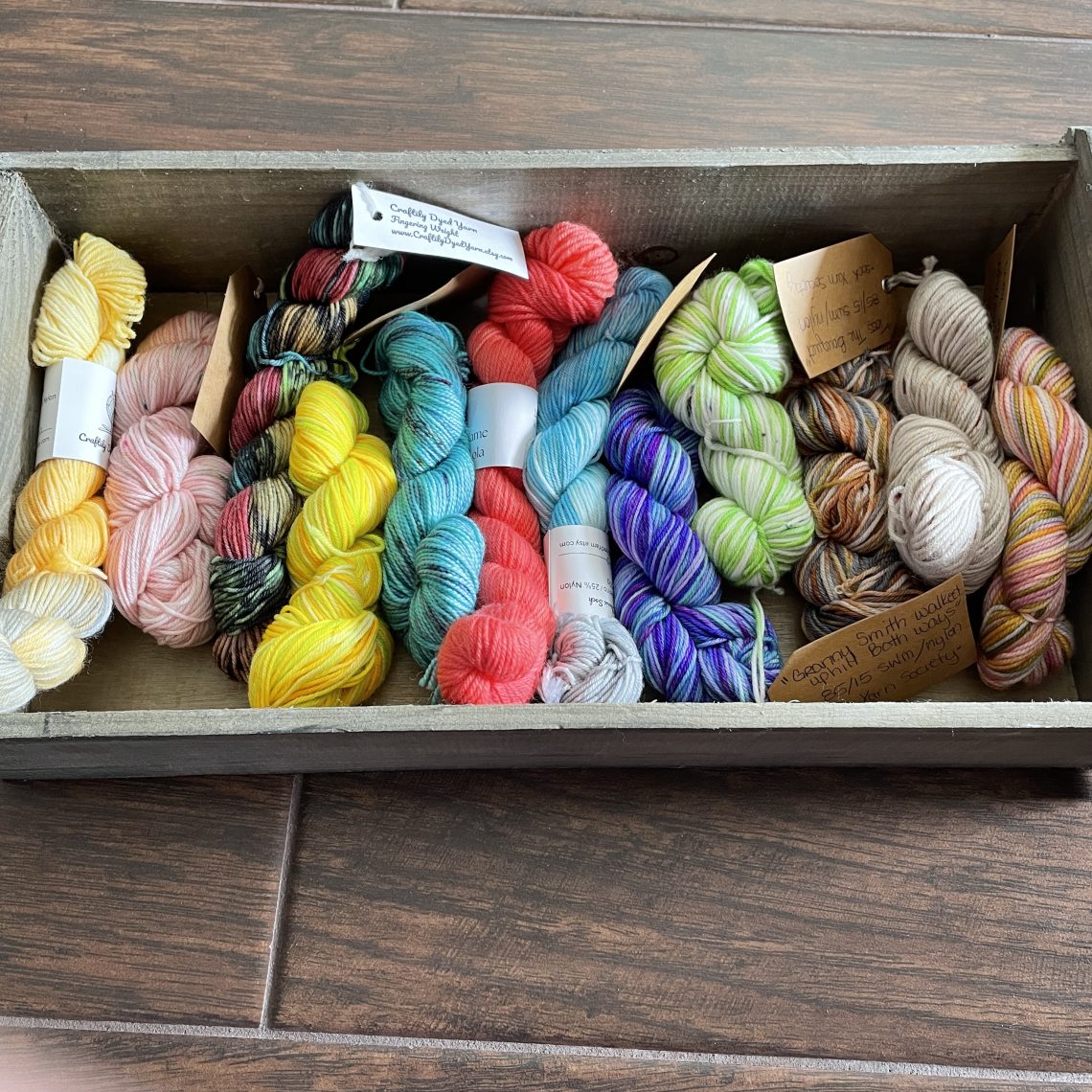 This year, after I’d bought my other two Advent calendars, I learned that the members of the Love in Stitches group, of which I’m a member, decided to do a voluntary Advent calendar swap.  And I couldn’t resist signing up, of course!

Let me tell you all about this fun swap!

I’ve been a member of Knitty Natty’s Love in Stitches membership for a while.  It’s a great group of knitters and crocheters from around the world.  And my favorite part is doing swaps and other activities that pairs  you with someone else to exchange yarn, goodies, or notes.

There are also fun activities within the membership to take part in: knit-alongs, movie nights, and interviews with dyers and designers.  So much fun!

When the Advent swap was announced, you could sign up for various options, which included 12 or 24 days, as well as different amounts of yarn.  I chose 12 days of 20-gram mini skeins, in an effort to cut back and be responsible (ha!).  But the point of this swap was great: to get rid of some scraps, which I always need to do!

As far as other things included in the swap….  The LIS guidelines stated that this swap could consist only of mini skeins, making it fair to all the participants.  It also kept the pressure off having to come up with unique gift ideas.  So nice!

My partner was super sweet.  We talked a bit before we put together each other’s calendars and agreed on some basic preferential guidelines.  For us, it was mostly to stay away from neon colors. 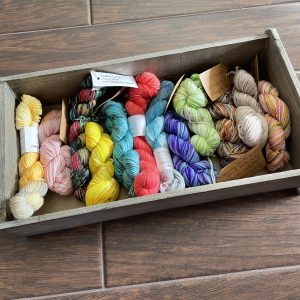 The Advent calendar I received is so, so happy!  The colors are so bright and cheerful!  Some of the mini skeins are clearly scraps but some are new, which was a surprise.  Several of the new ones are from Craftily Dyed Yarn.  So cool!

I don’t know what I’m going to do with this calendar, yet.  But I have some ideas in mind!