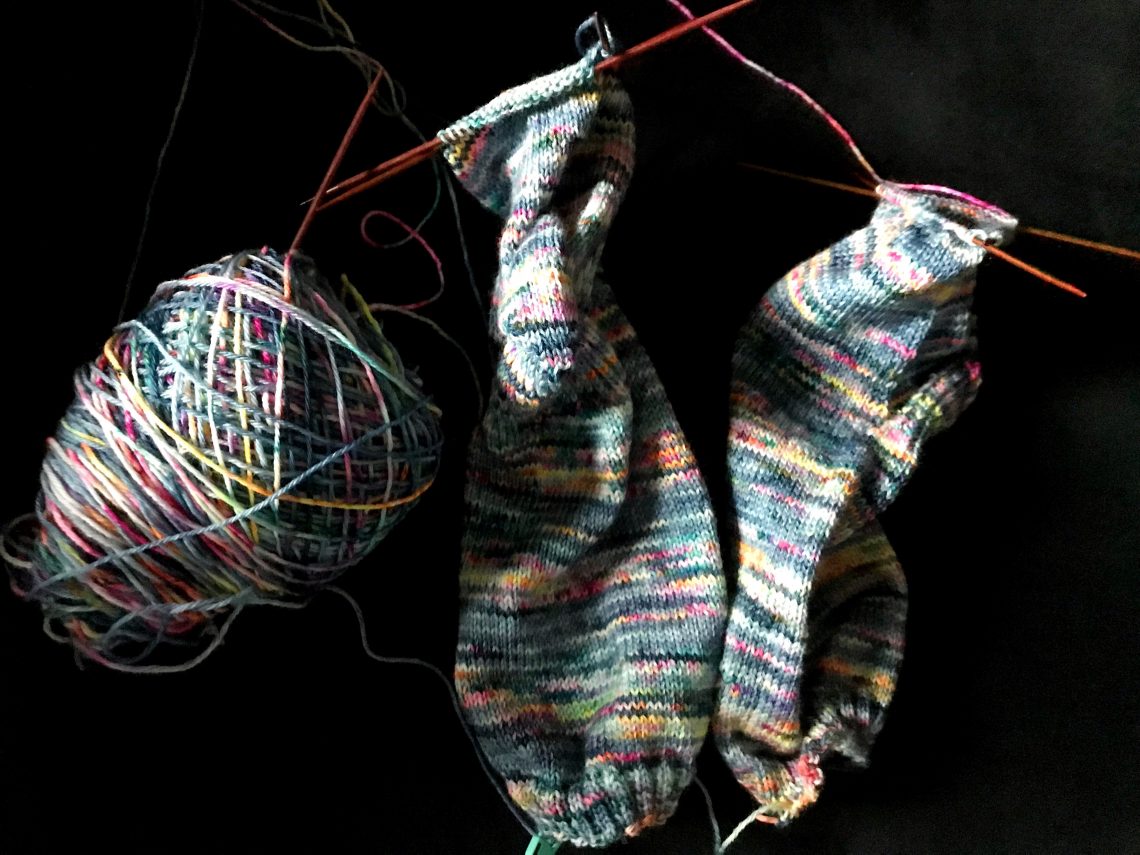 Monogamous Knitting: knitting one project exclusively, from start to finish, without knitting anything else.

Are you a monogamous knitter?  I wasn’t – until I set a yearly knitting goal.  That made me buckle down and knit one thing at a time.   Though I had a great knitting year that year, I’m not sure which is the best way to approach my knitting.

If you need to be productive, it makes sense to focus on one thing at a time.  If you stay true to course, for months on end, you’ll be amazed at your productivity!   For OCD, Type A knitters (ahem!), who may not want to have too many things going at once, this is the way to go.  You will undoubtedly finish projects in a timely manner.

Another serious positive to monogamous knitting is that you’re much less likely to forget a tricky lace sequence or where you are in the pattern.  All of us have put a project aside for months, only to pick it back up and not remember something about it. This doesn’t happen when you’re faithful to only that one project. 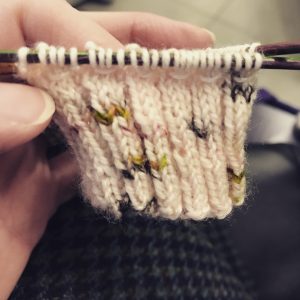 If you’re not glued to one project, you may cast on so many projects that you have a closet full of UFOs (unfinished objects).  When I started knitting, this happened to me – and I still have some of those UFOs sitting around! However, if you’re good about coming back to UFOs, this may not bother you and may be the way you work best, without getting bored.

One con to monogamous knitting is carting around that one project wherever you go.  A lot of knitters have a carpool line knitting project, a TV project, a subway project….  It’s easy to leave projects in the car or somewhere else; it’s more difficult to remember to bring that one project with you wherever you go.  (The Yarn Harlot is not a monogamous knitter – and can’t understand the concept.)

It’s so tempting to cast on a new project when your favorite designer releases a new pattern – or a kit arrives for something you’ve wanted to make for a long time…  By knitting monogamously, I’ve missed out on a lot of KALs (knit-a-longs) and new pattern releases. But that’s my compromise for productivity.

That being said, I now have two projects on the needles and probably will for a long time.  I got tired of carting my one project to work – and then forgetting it. So, I’m now keeping my fade shawl at work, to knit on a few times a week at lunch.

Which kind of knitter are you?  Everyone is different so there is no right or wrong way to knit.  As long as you continue to love your hobby, you’re doing it right!