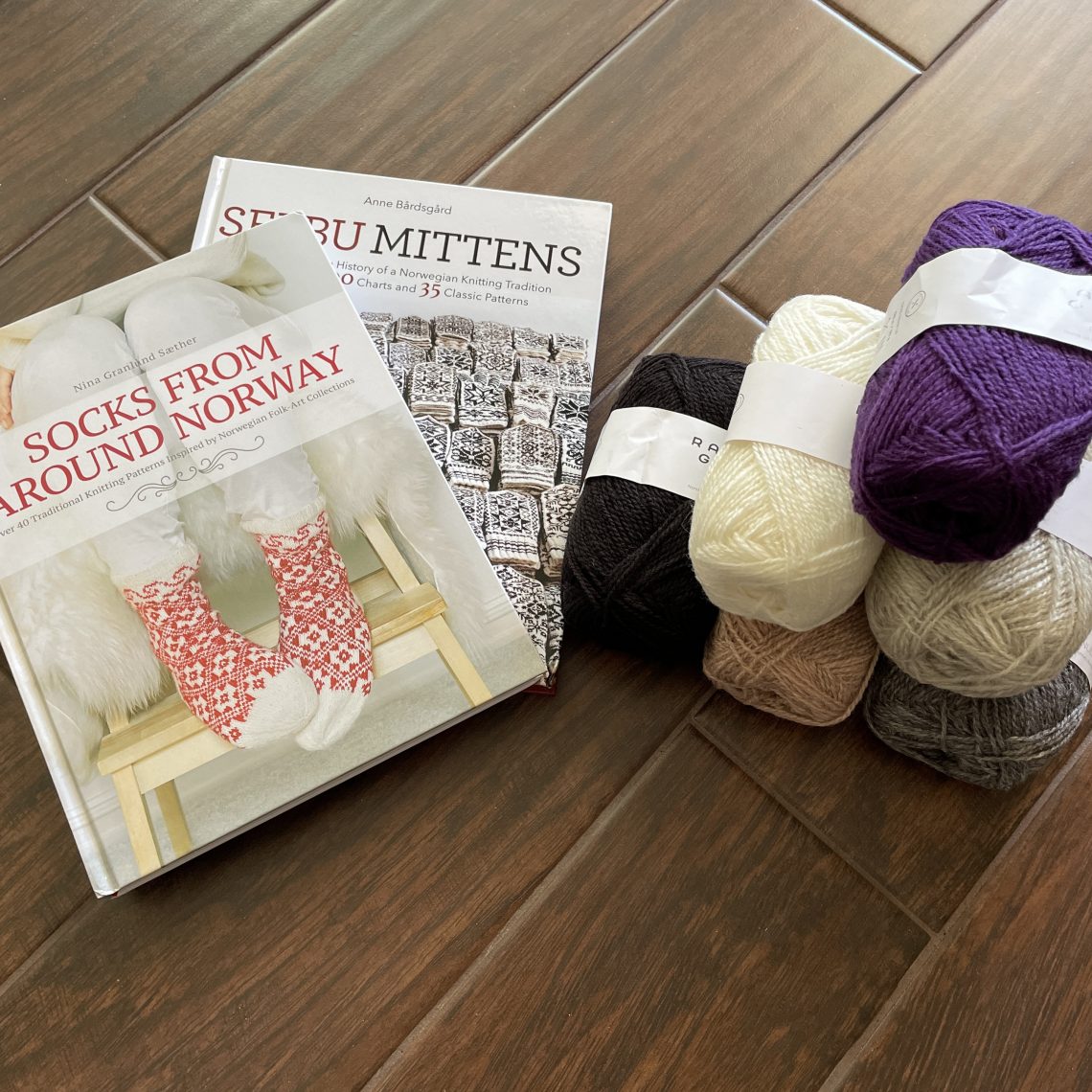 I have a problem.  And the first step to solving a problem is admitting that you have one, right?  Well, I have a Selbu knitting addiction problem.  And the funny thing is….I’ve never knit any Selbu patterns.  But I want to.  I long to.  I can’t wait to!  I’ve finally purchased some materials that will help make my Selbu addiction come to fruition so now I just need to take the leap and cast on…..

What is Selbu knitting, you ask?  It’s Norwegian colorwork knitting that uses two colors of yarn (traditionally black and cream).  You will probably recognize the distinctive star that is the hallmark of Selbu knitting and you can read more here.

I first saw Selbu mittens a long time ago at a LYS.  They were light blue and cream and, while I thought they were pretty, I had no desire to make them.  But my knitting bestie did and she bought yarn to do so.

Fast forward many years and Tracie, from the Grocery Girls, knit a pair of Selbu mittens…. I was intrigued but not hooked.   It wasn’t until I watched a few podcasts from Skeindeer Knits that I began to really want to make everything Seblu.  Dr. Eli, the knitter/designer behind Skeindeer is from Norway and I became fascinated about Norwegian wools from watching her.  And listening to her talk about the history of colorwork is just fascinating.

I found a yarn shop in the United States, The Wooly Thistle, that sells a lot of very wooly yarn from overseas, including Norway.  I bought enough Rauma Garn Finull to make three pairs of Selbu mittens…. Because, might as well, right?   I’m just proud of myself for not buying all the yarn that I really wanted! 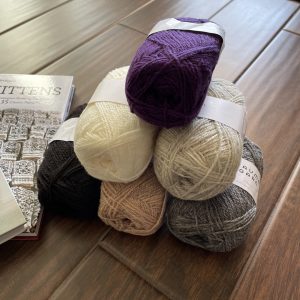 For about two years, I’ve wanted the gold standard in Selbu mitten books, Selbu Mittens by Anne Bardsgard.  Amazon ran out of it so I was only too happy to buy it from a LYS.  And because Dr. Eli of Skeindeer Knits keeps talking about Selbu socks, I had to buy Socks from Around Norway by Nina Granlund Saether.  This book looks amazing!

So I’m all set to go on my Selbu knitting.  The two books are so incredibly inspiring!  As much as I try to not accumulate things, it’s so hard not to buy a wonderful knitting book.

My Selbu addiction does not stop at mittens and socks.  I want to knit sweaters, vests, cowls….   We’ll see what I actually make, but in the meantime, it’s so lovely to still be inspired by knitting!