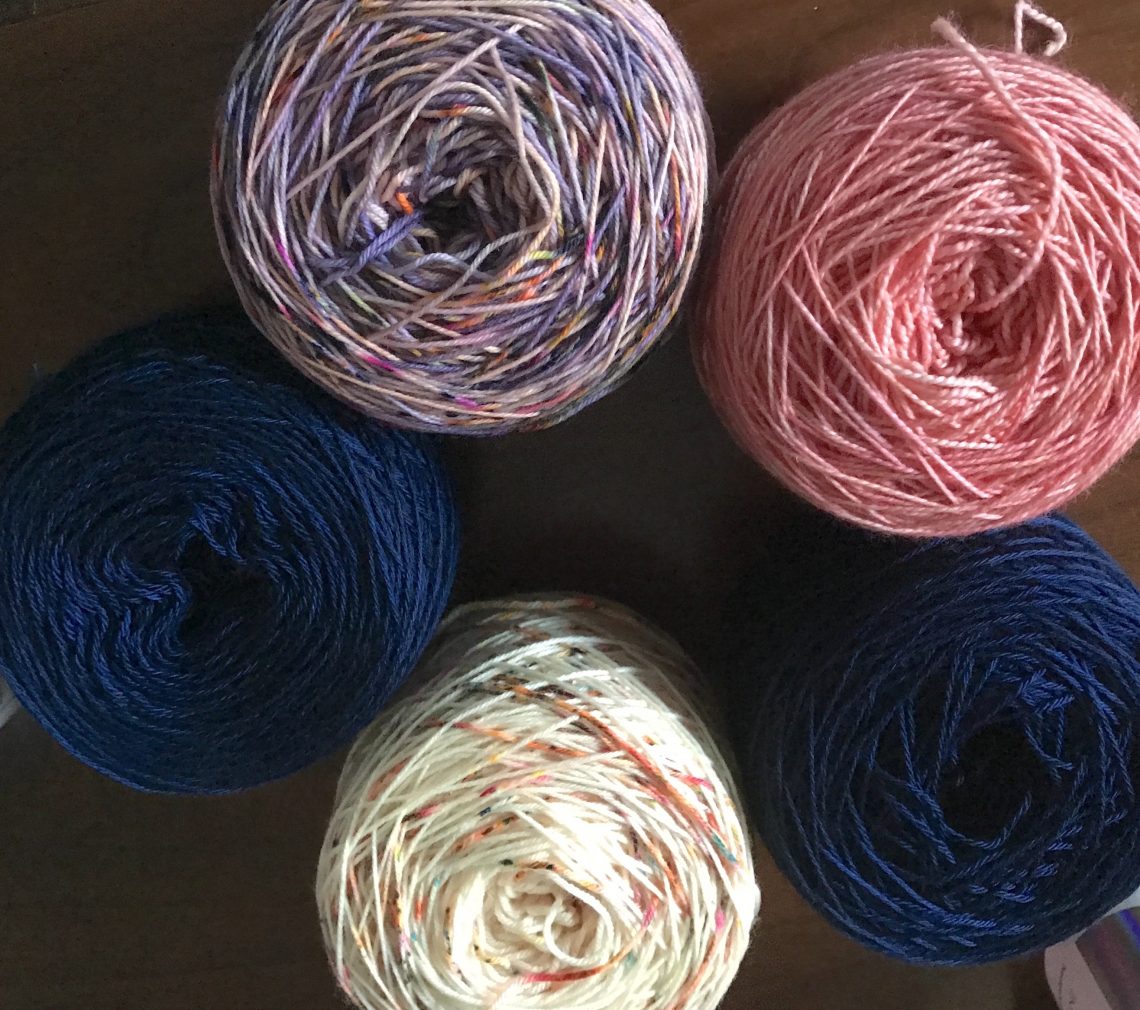 It’s Westknits MKAL time!!  This year’s mystery knit-a-long from Stephen West, Slipstravaganza, is well underway so I thought I’d give you all an update.  If you don’t want spoilers, don’t read this post!!  That being said, I’m already behind and haven’t started Clue 2 yet.

Last week, we took a last minute trip to Colorado to celebrate the anniversary of our engagement there, in Rocky Mountain National Park.  I got a surprising amount of knitting done on the trip, but still not as much as I would at home.  So, I’m behind.  And that’s fine!

Stephen West’s annual mystery shawl knit-a-long is always a surprise.  I have no idea what I was thinking going into my first Westknits MKAL, but this wasn’t it…

Honeycombs!  And striped honeycombs at that!

Since I’m using variegated yarn for my contrast colors 1 and 2, the stripes aren’t crazy apparent.  But they’re there. I actually really like how well they blend together.

This entire shawl started with one long i-Cord and you then had to pick up all those stitches.  I won’t lie: I hate picking up stitches.  And I’ve learned that Hedgehog Fibres yarn splits so easily…..  Picking up stitches can often lead to split yarn.  But I managed and moved along. 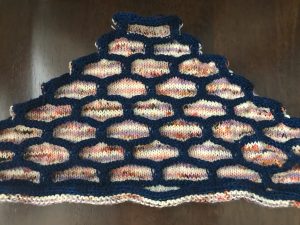 Stephen surprised us all early last week by releasing a bonus clue.  I’m only a little over halfway done with it but I love it so far.

And again – this clue required picking up stitches.  Really, I wish we would not have to do that!  But I survived.  At least I’m getting more comfortable with it.

So the bonus clue gave us holes and a new texture that introduced contrast color 2, my lovely coral/pink from Emma’s Yarn.  So pretty!  And the name of the pattern is no lie – there are a ton of slipped stitches!! 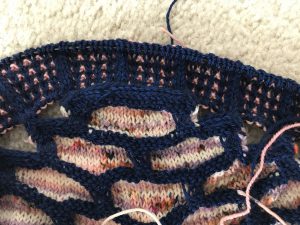 I have not started Clue 2 yet, but I know there are more honeycombs.  In general, I don’t think I would choose to knit this pattern but I’m learning a lot of new techniques from which I’d usually shy away.  And that’s the point!

Hopefully, I can get to Clue 2 in the next few days.  So I’ll probably stay a week behind for the entirety of this MKAL.  I did not need an extra week of work thrown in there with the bonus clue!  Ack!

If you’re participating in the MKAL, I hope you’re enjoying  the pattern and your yarn choices!!