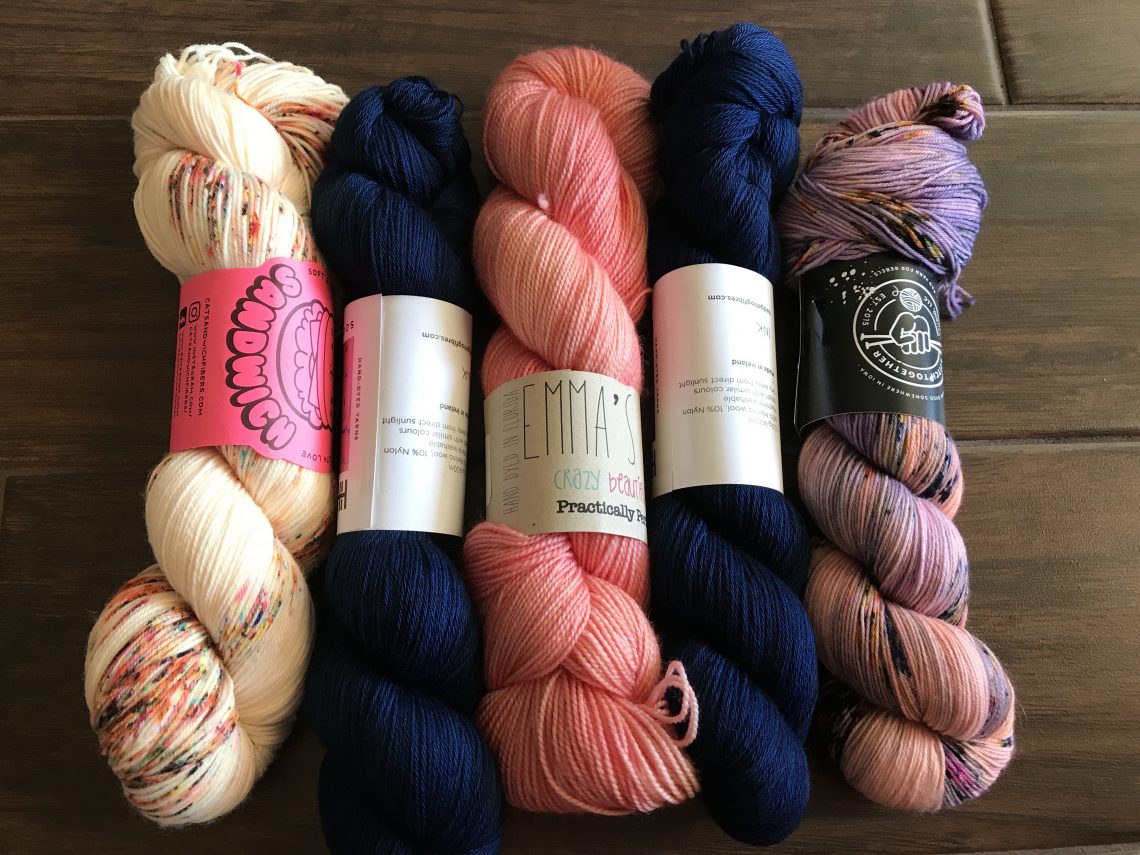 When you think of currently popular knitwear designers, about five names come to mind.  One of those is Stephen West, aka Westknits.  He’s known for his bold style and his innovative shawls.  Every year in October, Westknits hosts a mystery knit along (MKAL).

I’ve never knit one of Stephen’s shawls but, for several reasons, I’ve decided to do his Slipstravaganza MKAL this year, making 2020 the year of MKALs for me, apparently.

Why now?  Why a mystery pattern?  There is something fun about knitting a pattern, along with over 1,000 people (yes, that many participate!), and being totally in the dark.  As the pattern reveals itself, there’s speculation about the final shape….  It’s fun. 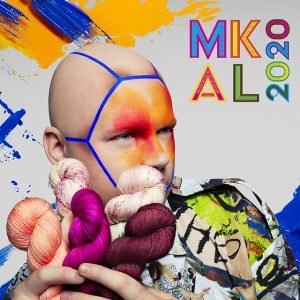 Granted, I should have probably knit one of Westknit’s patterns before doing a MKAL.  But I’m going with my gut on this one and my gut is telling me to throw caution to the wind, pick some fabulously bold colors, and knit this thing!

We don’t know much about this shawl but from the names, Slipstravaganza, we know there will be slipped stitches, which I love so much more than some other themes.  So, yay!

Many indie dyers offered kits for this MKAL – and they were all beautiful but expensive.  As I browsed the offerings, I decided I liked having two solid colored skeins for the main color and speckled colors for the contrast yarn.  (You can do the opposite.) 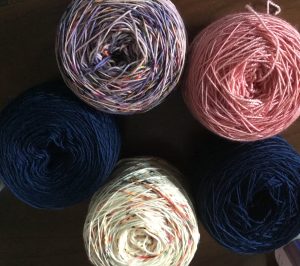 For my main color, I decided to order some navy Hedgehog from Simply Socks Yarn Co., for which I had a gift card.  So, at least some of this was free!

The MKAL starts on Friday, October 9th.  I’m super excited and cannot wait to see what Stephen has thought up for us.

It’s not too late to join in so if you’d like a surprise shawl this October, come along!