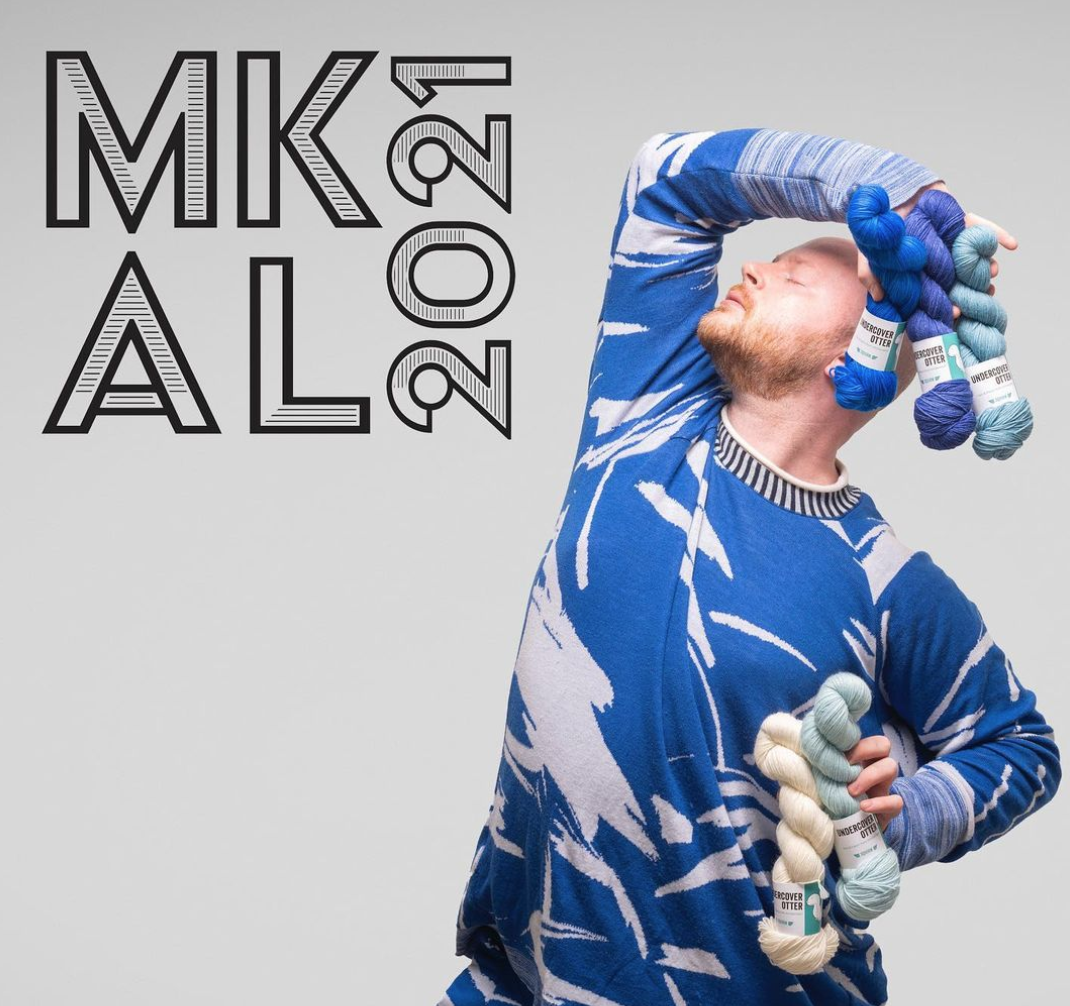 So, y’all remember just how much fun I had doing Stephen West’s (Westknit’s) MKAL in 2020??  The great, Slipstravaganza?  Ever since I finished that lovely monster of a shawl, I started thinking about 2021’s MKAL.  Time has flown and it’s already September, meaning that Stephen has just released clues as to what he’s doing for the MKAL in 2021.  And we have a title!!  Shawlography!

Every year, in October, thousands of knitters around the globe follow Amsterdam-based Stephen West on a mystery knitalong featuring one of his very extravagant designs.  You never know what you’re knitting!  But every week, you’re given a piece of the puzzle to knit.  And every week you scratch your head and wonder what-the-heck Stephen is doing.

Last year, I decided to just trust Stephen and go with the flow.  Would I have chosen to knit Slipstravaganza out of a line-up of shawls on Ravelry?  Heck, no!  Do I love it?  Heck, yes.  There are so many memories tied to that shawl (and so much lovely yarn!) and I’m hoping the same will be true for Shawlography. 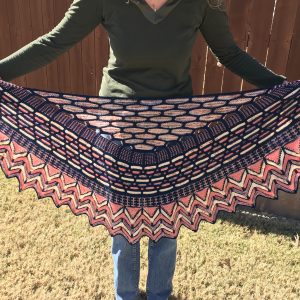 Stephen released a video on Monday where he told us what materials – ahem, yarn! – we need for the shawl.  Prior to that, I said I was going to stash-dive but now…..

After watching Stephen’s video on Monday, I dove into my stash.  But what I feared came to be true: I have very few skeins of solid-colored yarn.  And the few that I have are all different fiber contents.  Now, if they were all purely nylon/wool blends, I’d be fine.  Slipstravaganza was like that – all different kinds of nylon/wool sock blends.  But my solids are BFL, single-ply Merino, nylon/wool, nylon/cashmere/wool….  Ugh!! 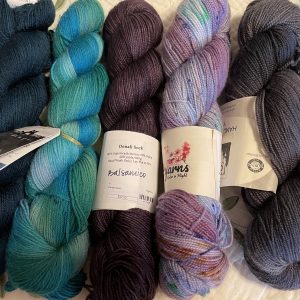 So while I had the best of intentions, I may have to buy some yarn.  And if I do, I may have to put a moratorium on yarn for the rest of  the year.  Eek! 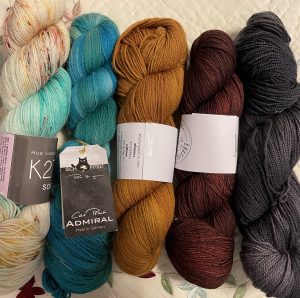 But one thing I’ve learned about knitting big projects and yarn….  Don’t skimp on price or settle for something you don’t love because then, you won’t knit on the project.  At least, I won’t.  So I’m going to go hunt for something I love!

Are you joining the Westknits MKAL this year??  It’s going to be a blast!