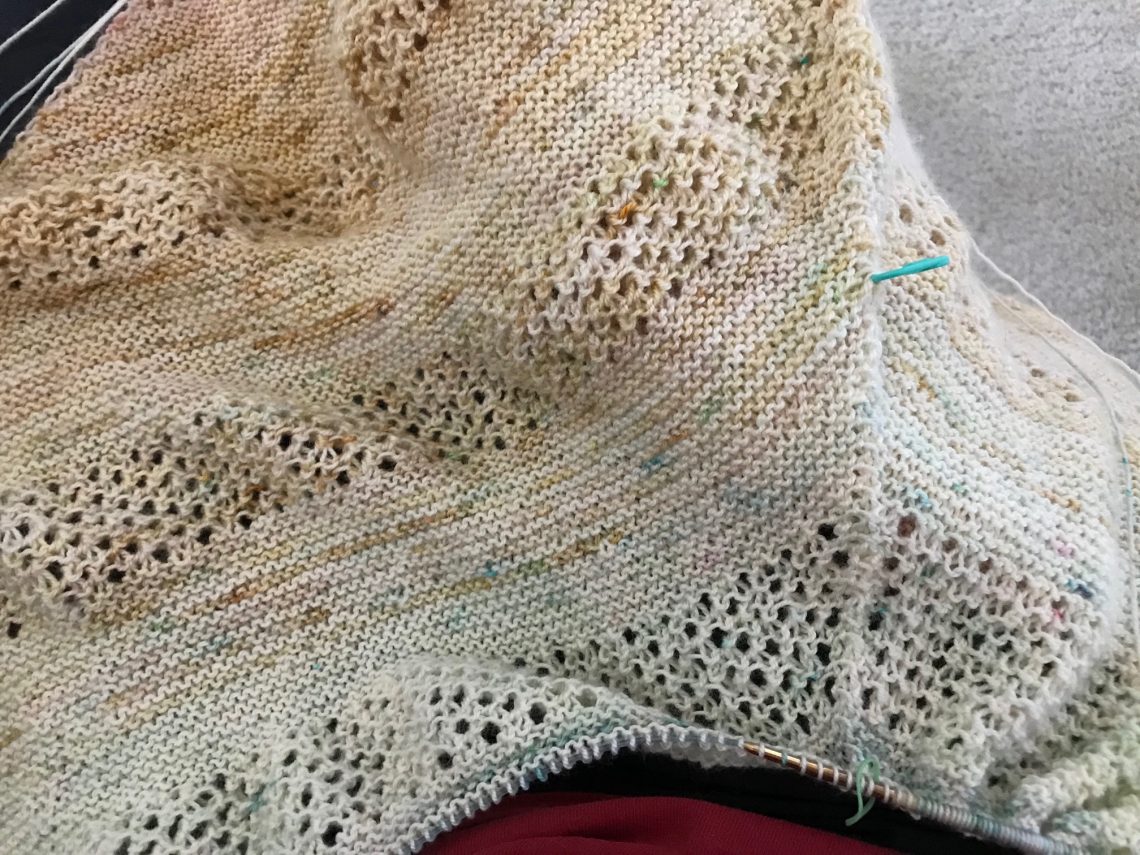 March went by super slow and April is now zooming along at the speed of light!  Dang!  What is up with time these days?!  My WIPs  – works in progress – are progressing and I feel like I’ve made a lot of knitting progress so far in 2020.

That may be about the only good thing to say about 2020, so far.

So, that led to the Winters Frost pattern that has no k3tog.  The pattern has given me a different set of problems, but I’ll save those for later.  Right now, I’m halfway through these socks.  Yay!

These socks, my traveling/car project, got some love in April when we went to see my parents.  I knit on them for a few nights while everyone watched TV and am now, finally on the foot section.  Yay! 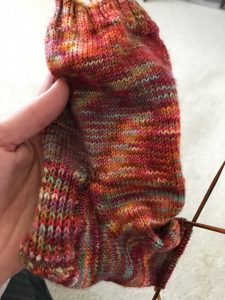 I lost some progress on this project (pictured up top) when I realized I’d made a mistake and had to take out the last color, Tropic, entirely.  But I’ve made up some progress, having just joined it back in (thus adding in the 14 rows I somehow skipped over).

As a semi-experienced knitter, I know it’s best to frog something when you know it’ll make you unhappy but still…  It’s always tough losing time with a project.  It’s part of the craft….but it’s not fun.

I finished my Snowfall Socks just a week or so ago – and I love them.  The Woolberry yarn was lovely to knit with and the colorway was perfect for this pattern.  But for the first time ever, I have a pair of socks that are a bit snug.  I’m hoping they’ll get looser the more I wear them, as all of mine seem to do. 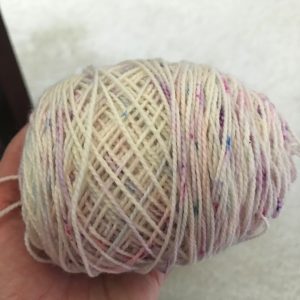 As you know, I’m not a garment knitter….  And yet I’ve been talked into a sweater – a short-sleeved sweater, by my knitting bestie.  Since I finished my one and only sweater four years ago, perhaps it’s time to finally try another one.  We’ll see….  Wish me luck!

What’s on your needles?  What has you excited about your knitting these days?  Again, I’m so glad to have a craft that we can do while stuck in isolation.  We are very lucky!