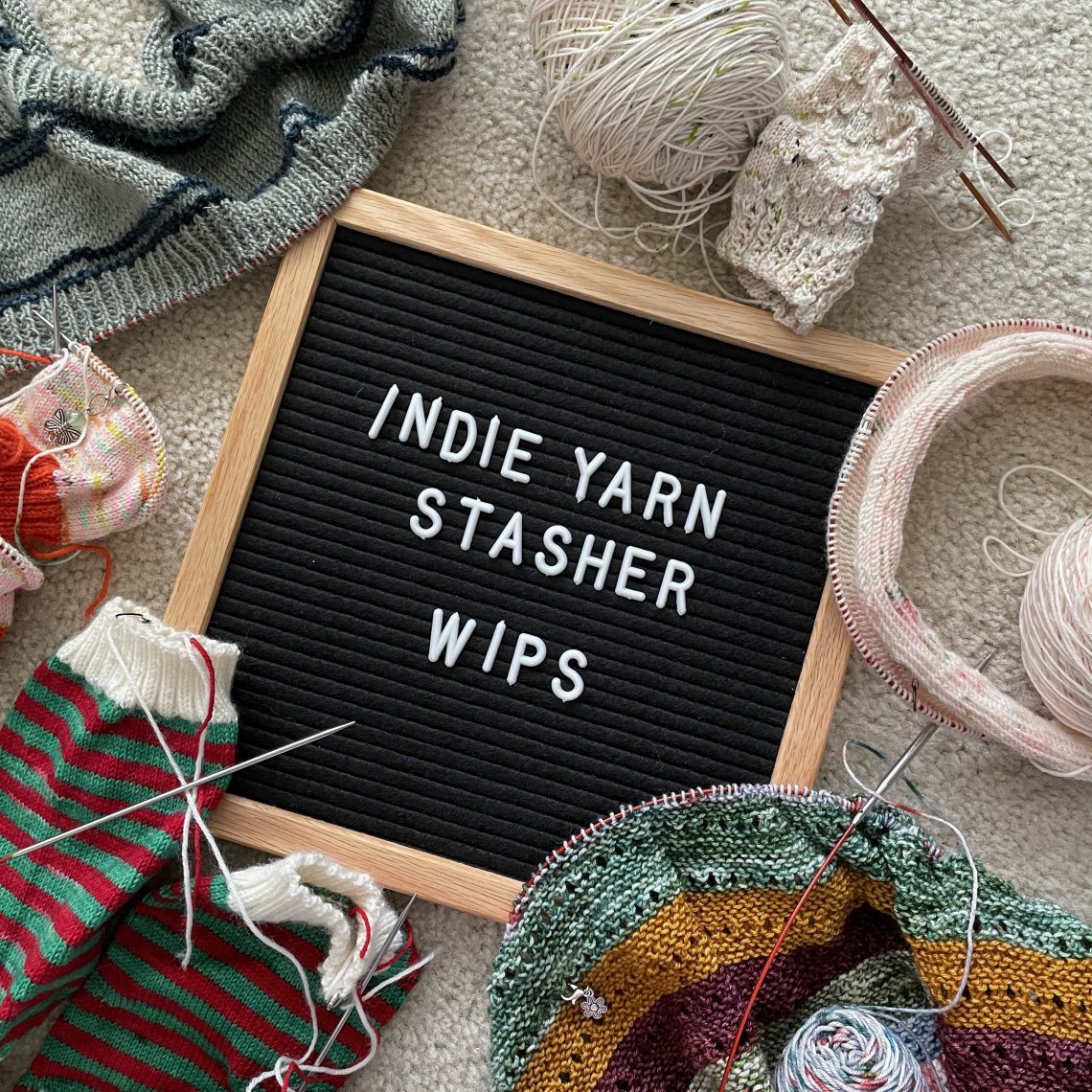 April started out very focused, though I had two pairs of socks on the needles.  And then, I was thrown a monkey wrench.  Tara of Crystal Tea Knits asked me to test a sock pattern and to have it done by May 1.  I was so excited to be asked!  But I had to stop everything and focus on getting a sock done for her.  It was a fun knit and I’ll tell you all about it but it definitely increased my number of WIPs in April and meant that I don’t have much to show for  the month.  To add to that, I was traveling for work for most of this week and I was so busy I barely had time to pick up the needles.

Alas, here are a bunch of familiar WIPs for you….

I learned a lot from this test knit.  My loathing for k3tog or p3tog was cemented and….I was finally forced to try a new heel.  For her pattern, Tara uses a German short row heel.  I had to watch a video to get the hang of it and it was quite fun!  Though I haven’t worn the one finished sock much, it feels so much better than an afterthought heel.  My one complaint…there are holes at the corners of the heel.  I know how to fix these with heel flaps and gussets….but not short row heels.  Yet. 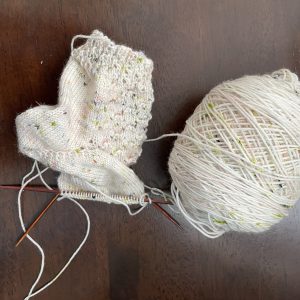 My Christmas sock journey continues.  I’ve made a lot of progress on these socks, for which I’m using Zebra Yarns, and am about halfway through the foot.  I hope to finish these soon! 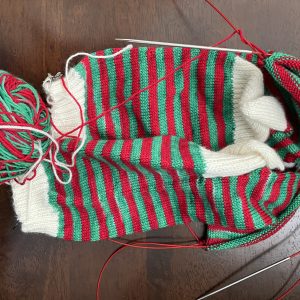 This colorway from Republic of Wool, Walking on Sunshine, makes me so, so happy.  But unfortunately, these socks have gotten little attention this month.  I hope to get going on them again in May! 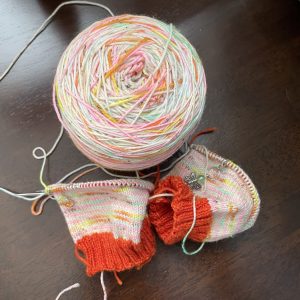 I’ve made a bit of progress on this cardigan, from Joji Locatelli.  I’ve finished both shoulders and am about to join them in with the back.  Yes!  Some progress!

This throw, which will be a gift,  is using my Advent from  Murray Wool Goods.   Though I didn’t get to knit on this project this past week, while traveling, I’ve been  accomplishing my goal of incorporating one mini skein a week! 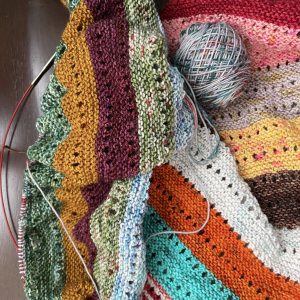 My crocheted squares are still coming along and I’ve joined a few more into the blanket.  This month saw this project getting a little less attention, just because I was so busy. 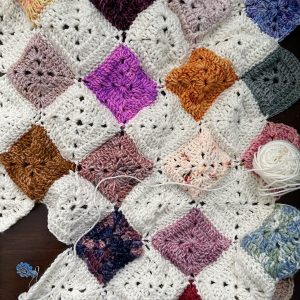 This cowl, based on the Crosshatch pattern from Purl Soho, got a bit of love on my travel days this past week, as it’s the perfect portable project!

I don’t have any FOs, though I have one finished sock.  I usually knit both socks at once, as you can tell from the pictures, but I wanted to finish a sock for Tara’s test knit.  I’m halfway through the second one.

I don’t have many plans at the moment, except to finish some of these WIPs!