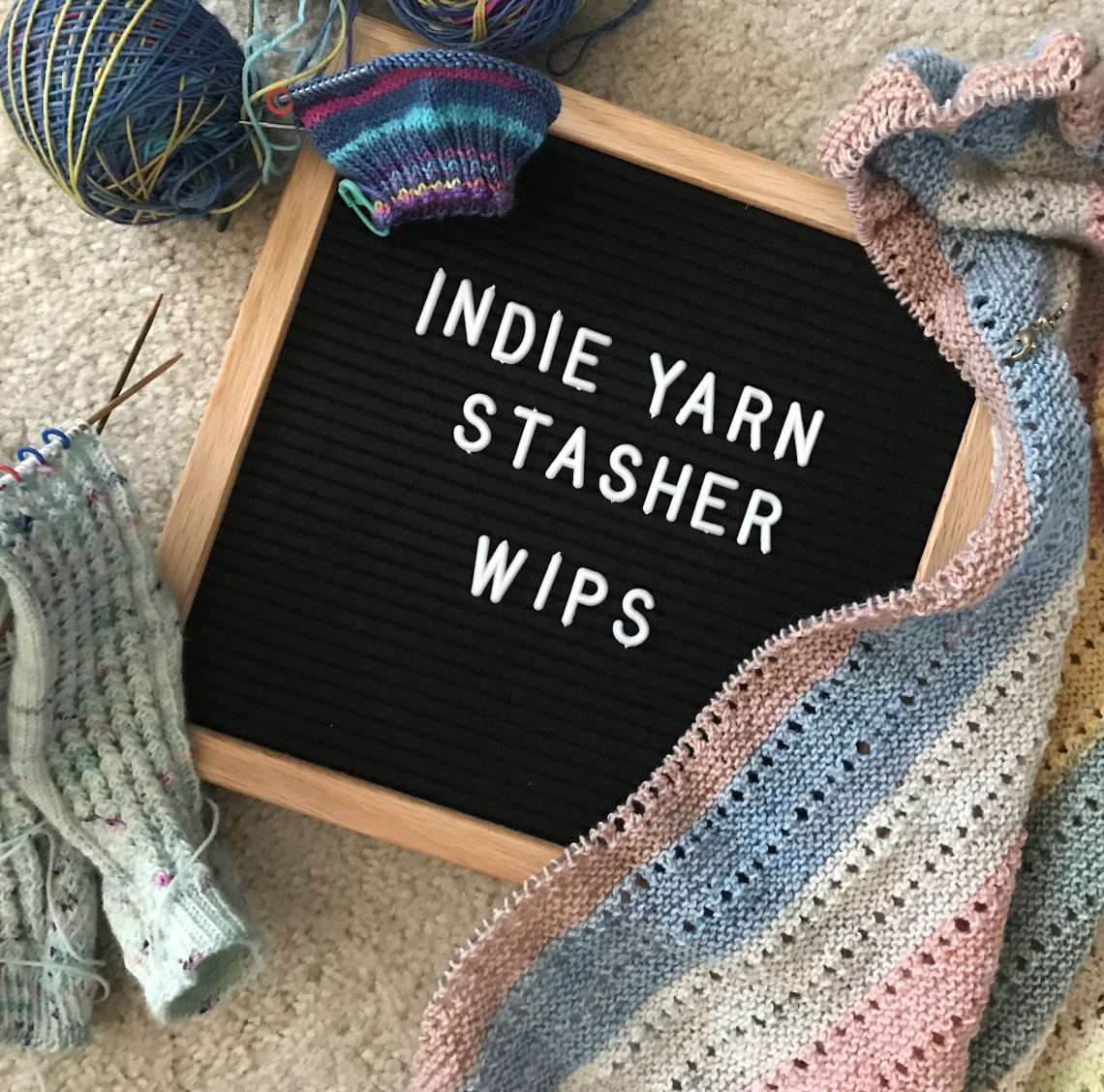 After June and July flew by at record speed, August has slowed to a snail’s pace.  I think it’s the heat.  Texas in August is awful.  But that hasn’t kept me from knitting!!  I’ve made some great progress and even had two FOs earlier this month.   My knitting mojo is in full swing and I find myself attracted more and more to garments.  Yes, garments.  What’s wrong with me?!  As it is, I have enough WIPs to keep me busy.

Let me tell you more….

These socks have not seen much love lately.  However, I am contemplating trying a new heel on these, since they’re self-striping.  I’ve been watching videos on the afterthought heel and fish lips heel.  We’ll see how motivated I am.

I’m still consistently knitting on this at lunch.  It’s a relaxing way to spend thirty minutes or so in the middle of a workday.  The stripes are lovely and I  have a new appreciation for the soft colors dyed by October House.  So pretty! 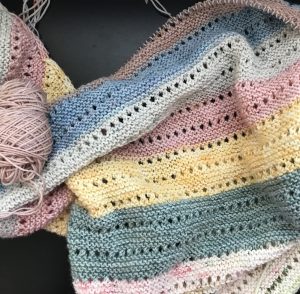 When I finished up two big projects (listed below), I wanted something smaller to work on.  Socks were the obvious answer.  I decided on some shortie socks and made the quick decision to make these for a friend who could use  a pick-me-up…and who had talked about wanting some shortie socks. 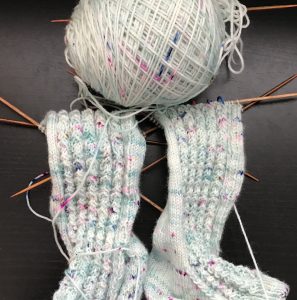 For the pattern, I wanted something lacy and cool – for Texas!  I looked through my Handmade Sock Society patterns from Helen Stewart and decided on the Ambient Socks pattern.  The stitch isn’t too complicated and it’s a nice break from vanilla socks.

I finished Cloudesley!!  Yay!  I ended up adding some stitches near the bottom to make room for my hips.  I wish I’d added on another inch or so, but oh well.  I did not alternate skeins and you can actually tell where they change in the blocking photo below.   But that won’t show when I’m wearing it.  I’ll share more photos later. 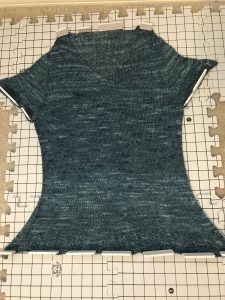 Helen Stewart’s Stillness Shawl MKAL has finished – and I finished on time!  That was so much fun and I have a new appreciation for Helen’s designs.  She’s so talented!

I want to learn about helical knitting – a method of eliminating the jogging of stripes when knitting in the round.  So, I’ve found a pattern to experiment with that, which should be fun.  But I’m also looking at some sweaters.

What’s next on your project list?  It’s so exciting to think that it’s almost fall!!