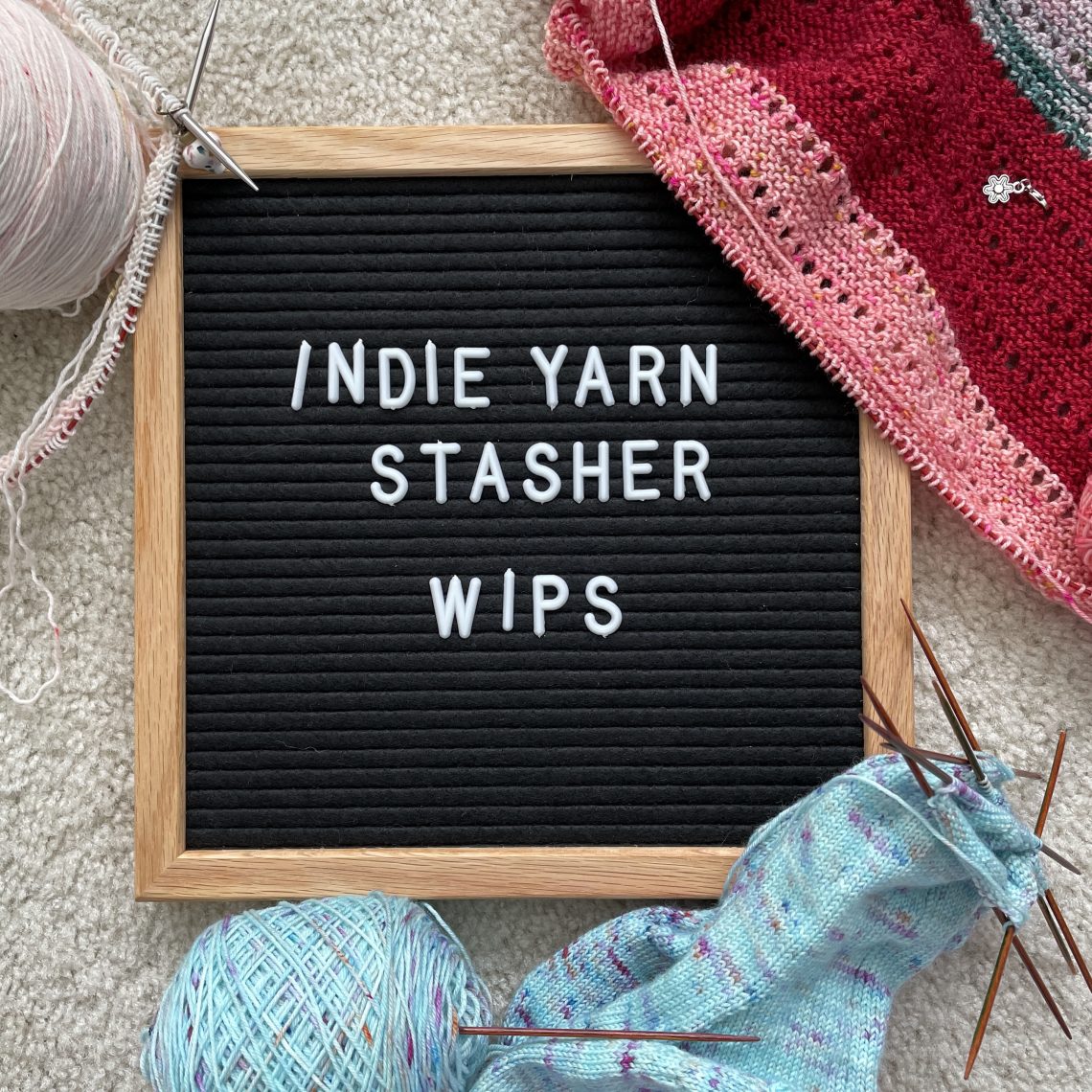 How is it 2022?  January hasn’t exactly flown by but it has gone much quicker than I ever imagined.  And it’s been a great time to wear all my handknit shawls and socks!  We don’t get a lot of snow in January in Texas – if we get any winter weather it’s usually in February – but it does get cold and this year seems colder than usual.  Maybe it’s my imagination.

But, without further ado, here are my WIPs!

These are my mom’s annual birthday socks.  I’m so close to being done; I hope to finish them this weekend!  It was a lot of fun knitting with blue – something I’m not usually drawn to.  But I bought this yarn in Montana and it’s named appropriately – Big Sky Yarn Co.  It’s been so much fun to knit with! 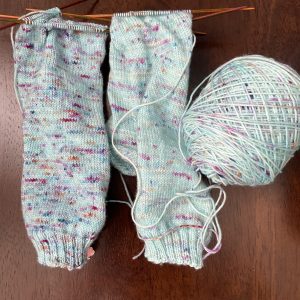 There has been a tiny bit of progress on this cardigan, from Joji Locatelli, usually during webinars and such.  I’ll try to keep coming back to it when I have time! (I forgot to include this in my pictures!! So sorry!) 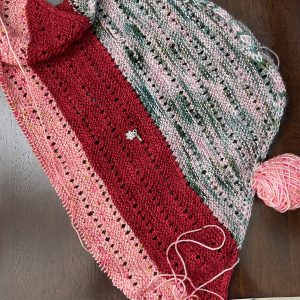 This project is coming along, very slowly but surely.  I’ve been weaving in my ends, which is a mistake because apparently I needed those to join all the squares together!  So, I’m presently contemplating that dilemma.

I started a cowl, improvising a pattern using Purl Soho’s Crosshatch Cowl as a base.  I wanted a special something to make with my favorite colorway ever from October House.  But it turned out to be too small and I had to frog this cowl and start over – and I’d made decent progress on it.  I’ve just now re-cast on so this one is going to take a while…. 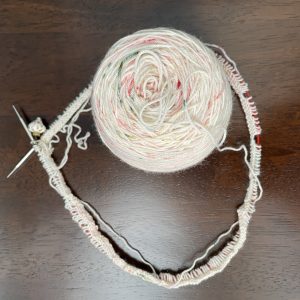 I finished my Sock Test Knit for Crystal Tea Knits and I love these socks.  I was going to give them away but I may have to keep them for myself!  The pattern, combined with yarn from Plank and Stella, is just stunning!

On January 1, I finished my Must Stash Christmas Socks.  Ha!  These are so adorable and I can’t wait to share them with you soon!

Once I finish the birthday socks, I’ll cast on another pair of Christmas socks, in an effort to have more for next year.

And I think I’ve been convinced to join a KAL with my Love in Stitches membership group.  It’s a colorwork cowl that will allow me to use up some scraps and/or some of my Blush Yarns Advent.

There are so many things I want to knit but I’m trying to stay focused on my goals.  For the time being!